The construction costs of the McLane Stadium, which is owned by the Baylor University, were $266 million. The American football team of the Baylor Bears have been tenants of the venue since 2014. The team was founded in 1898 and they are one of the Big 12 Conference members. The Baylor Bears played their first-ever match at the McLane Stadium against the SMU Mustangs. The Bears won the game 45-0 in front of 45,000 fans. 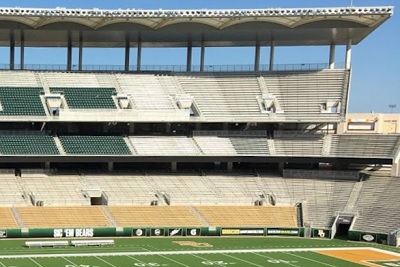