The stadium opened with a football match between FC Barcelona and Manchester United, two world famous football clubs. In 2010, the Philadelphia Union used the venue for their first-ever Major League Soccer home game. 34,000 people showed up for the football match against DC United. The Philadelphia Eagles, who have been tenants of the stadium since 2003, won several NFL titles. They drew an average home attendance of 68,000 in their first National Football League season at the Lincoln Financial Field. 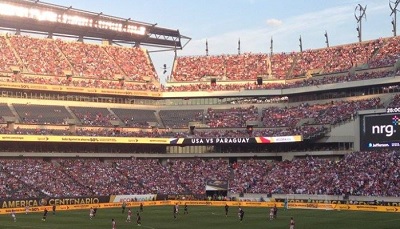 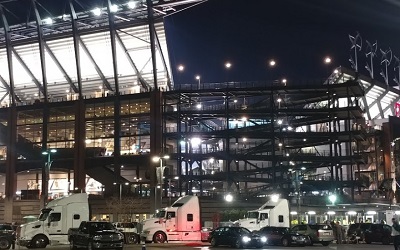