The construction of the venue, which is owned by the Duke University, started in 1928. It opened as the Duke Stadium and it has been the home of the American football team of the Duke Blue Devils since 1929. 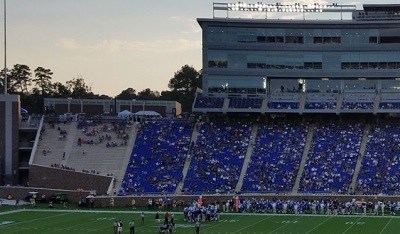