The venue is located next to the border between the United Mexican States and the United States. The bullring became one of the major sports venues in Tijuana. The stadium used by Club Tijuana, the first football club from Baja California with 1 million followers on its main social media page, became the largest venue by capacity in the city. 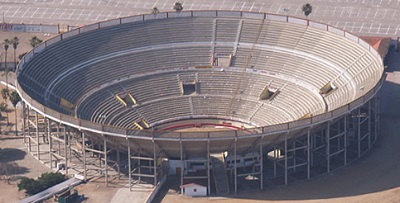