The Rogers Arena in south-western Canada opened in 1995 as the General Motors Place. It was one of the Olympic Winter Games venues in 2010. 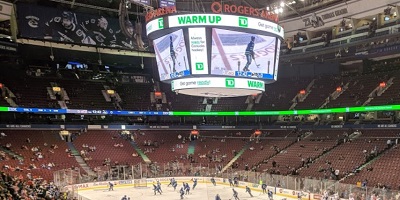