Tenants Middlesbrough Football Club were founded in 1876. They are among the first English football clubs with a value of $100 million. In 2006, they reached the final of the UEFA Cup. Middlesbrough FC lost the final against the Spanish side Sevilla FC. The final took place in the Dutch city of Eindhoven. 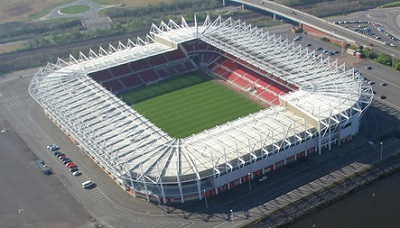