The stadium opened with a football match between Oxford United and Crystal Palace. The construction costs of the venue were £15 million. 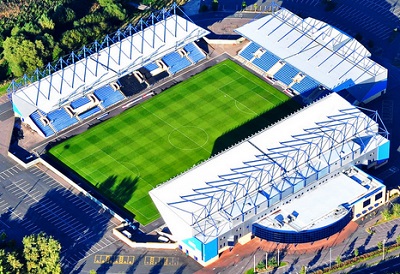