The stadium’s record attendance was set in 1967, when 57,000 people attended a football match between Leeds United and Sunderland AFC. The national football team of England played their first-ever match at the Elland Road Stadium in 1995. The match against Sweden ended in a 3-3 draw. The stadium was one of the 1996 UEFA European Football Championship venues and it hosted its first-ever Rugby World Cup match in 2015. Leeds United Football Club, the first sports club from Leeds with 100,000 followers on its main social media page, have been tenants of the venue since 1919. 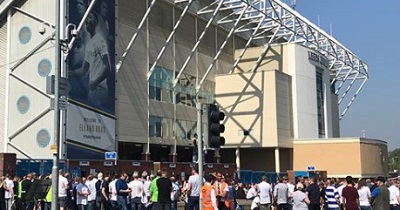