The construction costs of the stadium, which is nicknamed A Pedreira, were €83 million. It hosted two matches for UEFA Euro 2004. On 18 June, the venue hosted its first match of the European championship for national football teams, in which Denmark defeated Bulgaria. On 23 June, the stadium hosted its second game of the tournament, in which the Netherlands defeated Latvia 3-0. The first match attracted a crowd of 24,000 and the second match attracted a crowd of 27,000. Sporting Clube de Braga are the tenants of the venue. On 15 September 2010, they played their first-ever UEFA Champions League match, which they lost against Arsenal FC in London in front of 59,000 fans. SC Braga became the fourth sports club from Portugal with 100,000 followers on their main social media page. 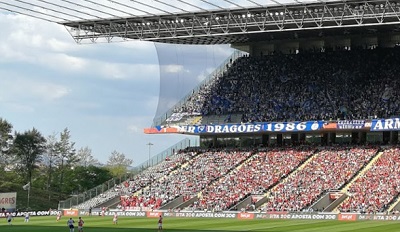 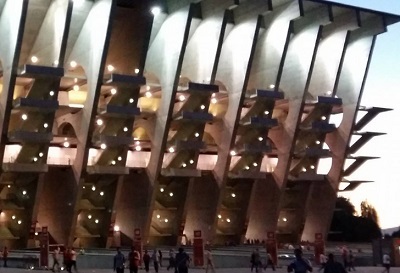