The stadium, which is sometimes used for rugby union, has a retractable roof. Tenants Nagoya Grampus won the Japanese football championship title in 2010 for the first time in their history. They drew an average home attendance of 19,000 during that league season. 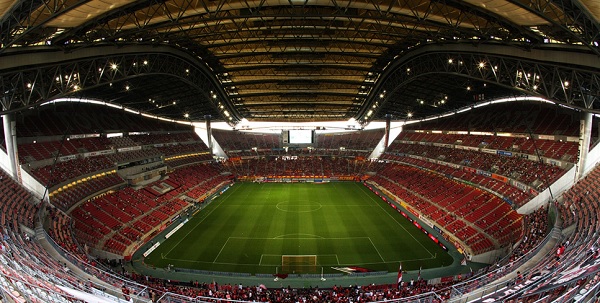