The construction of the stadium started in 2016. It opened as the largest Ivorian sports venue by capacity. It opened with a football match, which was won 2-0 by ASEC Mimosas. 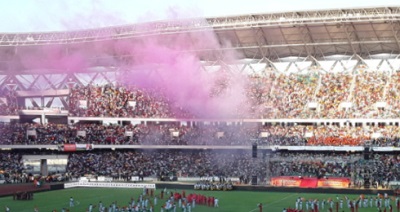